This post was sparked by Lou’s amazing post on Facebook, of photos from her years of event management in Hull. It got us thinking about how we ended up working together now at Creative and Cultural Company and all the events we’ve worked on together over the years. Many of which involved Princes Quay where we now have galleries and studios. We’ve got the team together now to write some history down.

Here’s just some of the Hull events & workshops you should remember and a little bit of how we all worked together for over 25 years.

Let’s start back in 90-91 when Alan worked with local bands and Amnesty International’s Martin Foreman to bring back Rock against Racism to Hull. The events were held at the Tower and Hull Uni Union Bar. There are only a few of the posters left. Your band may be on them.  Alan drummed in a few of them; Legislation, U4EA, Fusion & Joyrider, so soon got a crew together. Click on a poster to see the full picture and scroll through…

Through these gigs, Alan met a Youth Worker called Bo Deyal and a young Graffiti Artist he was working with called Chris McKnight (Dhers). Alan completed his Youth Arts Training whilst working with them both at Amy Johnson Youth Centre as the Arts Team. By the time he was qualified he was made worker in charge and they further developed the arts offer of the centre. Alan was living in the communal 18 Hutt Street with excellent Comic Artist & Musician Simon Crook, who trained with him in Youth Arts and was in the band Fusion, doing local gigs like the fabulous Rainbow Festival. Click on an image below to see the full picture and scroll through… 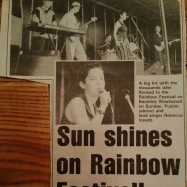 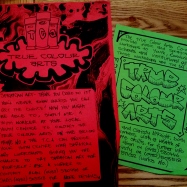 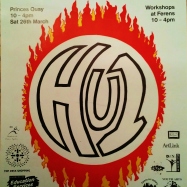 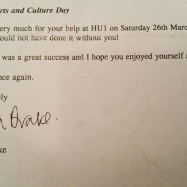 In 93 Alan, Chris and Simon were encouraged and supported by Bo to start what’s now known as a social enterprise. Then did workshops as Dr Charisma’s Music Workshop & Graffiti Art as True Colour Arts. Eventually just using the TCA name for everything. TCA did loads of workshops all over the area with lots of groups.

Then again in October on Humberside Youth Arts Festival transforming Amy Johnson Youth Centre into AVIATOR, redesigned by the members. This made it the perfect venue for TCA’s COMSEM94 Illustrative Arts Festival, supported by Marvel & Deadline. 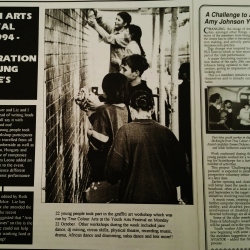 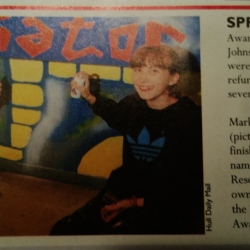 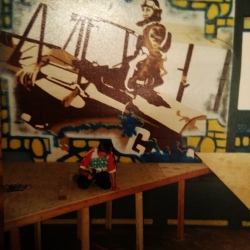 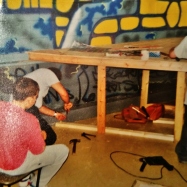 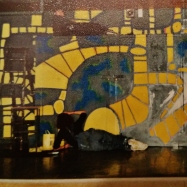 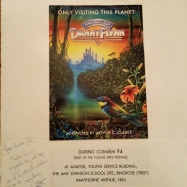 By the 1995 Youth Arts Festival, we had done loads of workshops, diversified into all sorts of arts and acquired some extra members on the team, as Alan was now at Humberside Uni doing Community & Youth Work. We were also faced with the problem of artists getting paid for the work they all did. So we decided to change the name of the company to the Creative Arts Union and actively support each other. We also started Prime Promotions as a booking agency. We took on various parts of the 95 Festival and co-organised the FFF Festival Final Fling at Kingston Youth Centre, where Alan was the new Arts Worker.

Also in 95 Chris’s enthusiasm for Graffiti Art and Alan’s involvement in HIP HOP as a drummer and DJ gave them the motivation and contacts to pull in the great and the good for a festival. They chose Kingston as Alan worked there, the walls were not bad and it’s city central. Liz Woolmington was running KYC and shared the enthusiasm. So Vapour Festival was born. The show attracted some great artists, dancers, bands and photographers, many of which have gone on to have amazing careers. Altu Colingwood, Si2, Paris, Redeye Feenix, Xenz, Pinky, Remi/Rough, Mac1, Pryme, Rota1, MrZee and many more. Vapour became one of the UK’s premier Graffiti festivals and ran for 10 years 1995 to 2005 with Chris leading the team. Have a look through this gallery, just click on an image to see the full picture and scroll through… 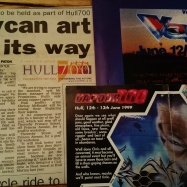 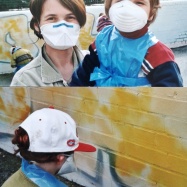 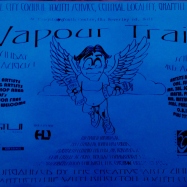 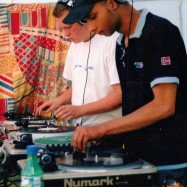 In 1997 the Council Young KUH programme asked Alan to organise a musical arts festival and music industry conference in the city centre. This was the start of IMPRO Festival (Improving Opportunities in Music) The 97 & 98 IMPRO’s were held at KYC and proved very successful.

Lou was the Hull700 Celebrations Manager and worked with dozens of community groups to celebrate with over 200 events including 700 Ideas young people’s project which culminated in the young people’s charter and Our City Our Lives annual conference run by and attended by hundreds of young people. John Peel came to the party and Alan and Lou got to show him around the city for his TV show.

Hull700 included Vapour700, where Alan & Chris did a Graffiti display for the Queen & with support from visiting Belgian Artists, we raised one million Belgian Franks to help rebuild Kosovo.

In late 1999 Alan took on the role of Music Worker at the Warren and IMPRO moved too. The combined elements of our CAU team, the Warren team (including arts heroes Darren Squires & Chris Smith) and Lou’s crew with Richard Duffy-Howard made IMPRO 2000 a major event over 3 days and nights in Hull City Hall & Victoria Square. Scroll through the gallery here…

#Repost @tristanpoyser with @get_repost ・・・ The installation of The Invisible In-between @hip_gallery’s Hull International Photography Festival 2019. The festival is on until 27th October @princesquayhull #hipfest #hipgallery #creativeandcultural #hull #photography #festival #volunteer #fujifilm
#Repost @wrightbesideyou with @get_repost ・・・ Thank you to Robert Bentley for the #HIPfest Hull Fair photowalk this evening. A great evening with a great group of people with plenty of useful tips and tricks. 09.10.2019 18:58 BST 24mm 1/60 sec f/2.8 ISO 400 @shutterbugbob70 @creativeandculturalco @hip_gallery #hull #hullfair #hullfair2019 #photography
Here comes HIPfest2019!!! Wristbands £5 online £6 from the Creative & Cultural Gallery shop level 1 Princes Quay Shopping Centre, We are desperately short of volunteers, so please get in touch if you can help this year volunteeratHIP@gmail.com #hipfest #hipgallery #creativeandcultural #princesquay #hull #2019 #photography #volunteer
#Repost @__donjackson__ with @get_repost ・・・ The hull international carnival is now open, come and visit and find out how you can be involved